Interview with Man With a Mission: check! 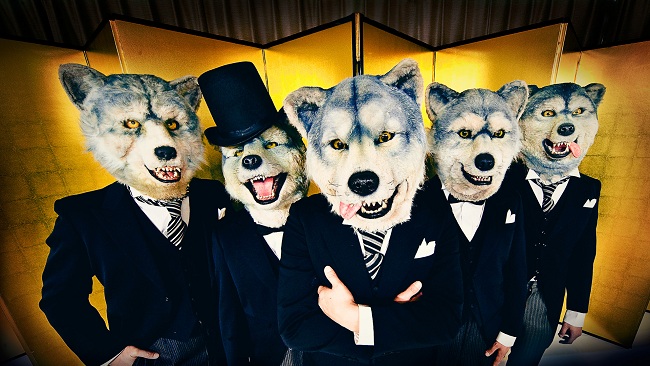 We have already talked about their last success “Dead End in Tokyo”, but it’s not enough and we @ Ondalternativa had to dig in deeper and steal a brief interview with their leader, Jean-Ken Johnny.

Hi and thanks for your time in replying to this interview with Ondalternativa (a webzine about alternative music).

1. Who gave you the name “Man with a Mission”? I know the mission is secret, but can you give us a little hint about it maybe?
Jean-Ken Johnny: Dr Jimi named us. Our mission is all in the music, and it’s about having a mission just like you guys – having your own mission.

2. Coming from the freezing Antarctica, how do you cope with the awfully hot Japanese summers? Are you still able to elaborate music during the boiling hot summer months or do you have to move to a cooler part of the country?
Jean-Ken Johnny: One thing is it’s hot, and it’s tough but we like it.

3. Do you have any hobby or activity that inspires you writing music?
Jean-Ken Johnny: Watching movies, reading books, reading Japanese comics, and listening to other music.

4. While in the “far south”, what kind of music or song (or event) gave you the best encouragement to take up the music career?
Jean-Ken Johnny: In japan there was a movement called AIR JAM, and it encouraged the members a lot.
To me, it was the early 90s alternative music scene.

5. Let’s talk about your last single “Dead end in Tokyo” which I think it’s a hell of a track both musically and lyrically speaking (congrats on that!). What kind of message did you want to give out to your fans?
Jean-Ken Johnny: Thank you so much for what you said – it’s all about struggling in the real world no matter what kind of dreams you have. It’s tough and it sucks sometimes, but we all know we have to bear with it and we also know that we have to carry on. And I believe that is a pretty universal theme.

6. Did something happen to you that had you inspired to write such cutting lyrics?
Jean-Ken Johnny: Actually this was for an opening theme of a movie in Japan, and we pretty much wrote the lyrics aligned with the movie. Also on the other hand, it has an overall theme of life itself.

7. Nowadays Tokyo (and Japan) is highly attractive to many people who often don’t see its hidden and dark aspects. How do you think is music evolving in your country?
Jean-Ken Johnny: I think music is very diverse here in Japan. Many people overseas may think Japan is all about idols and anime songs, but we have many rock bands that I think will surprise you with their music and their live performance.

8. If you look around the net for MWAM, you can see people labeling you as alternative rock band, others as melodic hardcore or crossover or even nu metal and punk, but what is the music genre that best describe you in details?
Jean-Ken Johnny: I’m not really sure how to put it since we’re such a diverse band, like alternative rock is a good genre to put it, but we really don’t care what you call us.

9. When you perform in Japan, do you feel like being more “discreet” compared to when you are abroad? (discreet as in “keep a different etiquette while on stage” or “behaving in different ways” etc…).
Jean-Ken Johnny: It’s not like we change because of countries, but every time we meet new people it’s all about introducing your best self, so that doesn’t change anything about what we do.

10. Can you please tell us the main difference(s) between your Japanese fans and the foreign ones?
Jean-Ken Johnny: Fans always go crazy in both Japan and in overseas, but in the speed of how it happens maybe a bit different. People overseas are more direct, where as fans in Japan are somewhat shy at first but end up dedicated to the band.

11. The country you liked the most while on tour so far?
Jean-Ken Johnny: Hard question,… every country is beautiful in their own way!

12. Best thing happened during a live?
Jean-Ken Johnny: It’s always great to see how wild the crowd can be. Yo this rhymes man!

13. Worst thing happened during a live?
Jean-Ken Johnny: Our DJ was about to lose oxygen and fainted.

14. Biggest aim?
Jean-Ken Johnny: One big goal to me is taking part in a largest festival oversea as a headliner. And just to feel that the crowd is waiting for us gives me the chills.

15. If you could have one and only one wish granted what would it be?
Jean-Ken Johnny: I’m losing my eye site, so I want it back without surgery.

16. Being half wolf and half man, can you tell us which aspect of those two sometimes similar “races” influences your personalities?
Jean-Ken Johnny: Both sides, but if I had to choose one it would be the human side – it definitely effects our emotions.

17. What would you say to a young band who wants to undertake your same path?
Jean-Ken Johnny: Keep on going, believe in what you guys have, and show it to the world!